Question from user: We are developing a solution that need to have several robots working, so we tested running two different scripts at the same time but we’ve got an error (see image below): 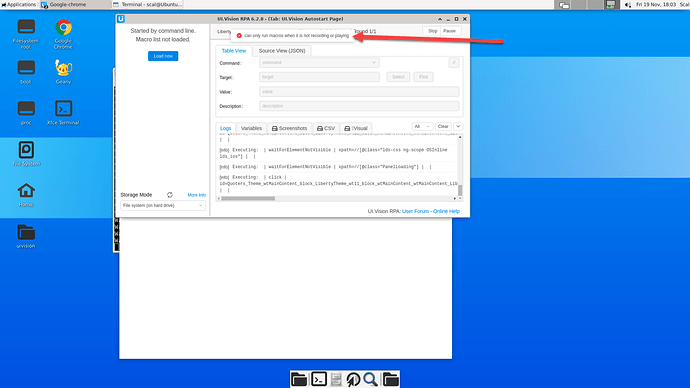 Solution: If you need e. g. five instances running in parallel, you would need to create five browser profiles, as described in the linked forum post.

For multi-instance desktop automation we recommend to run each instance in its own virtual machine, e.g. VirtualBox. Since the RPA software runs on Linux, you can use e. g. very small Ubuntu VMs for this purpose.