I have a macro that includes error handling, xclicks, visualassert, visualsearch, and I am using a proxy when running it. But whenever I encounter an error with the macro, instead of restarting, the extension crashes. It completes the loop successfully, including going to the onError command that I have when it encounters the error. But on the last line of the loop, no matter what is - including echo - it just gets stuck and says "Executing: " and gets stuck there. It does not continue to the next loop.

When it freezes. I’m not able to stop the macro manually at this point. I literally need to close the extension and then open it again because the entire thing has crashed.

I’ve tried to recreate with a smaller easier macro but have not been able to. Is it just that there are too many lines in the macro? Currently at 109 lines

See some pictures. This has happened to be on multiple websites now, but only when I have the long macros. Short macros error handling is fine.

Unable to share the macro/website due to sensitive nature. But note that is has happened with multiple different macros on multiple websites. I also tried Firefox and it has the same issue as Chrome. The screenshots below show the last line where the extension is frozen. 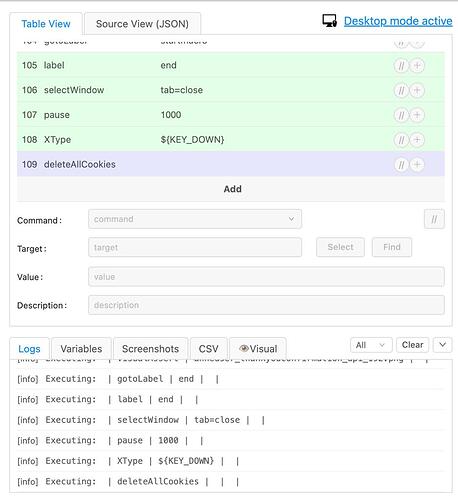