Can I use ui.vision with appium for movil test?

Can I use ui.vision with appium for movil test?

If that is possible, can you share me the link to read about it?

Appium is an open source test automation framework for use with native and mobile web apps. It drives iOS, Android, and Windows apps using the WebDriver protocol.

UI.Vision is an RPA tool that can also be used for visual testing. It is much easier to use than Appium since it works visually. It does not run on mobiles phones, but it can still automate mobile testing via remote control apps like Teamviewer of Anydesk.

Here is a video that does mobile testing with RPA: 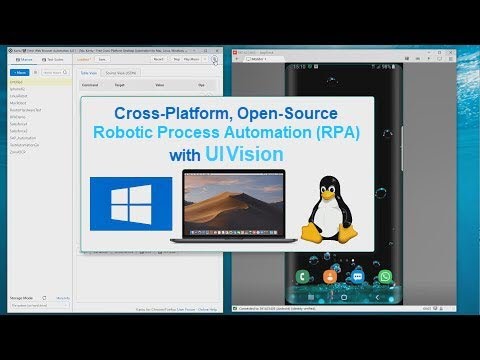